I’m normally a bit sceptical about international business survey results.  but Business Insider recently produced a set of findings which I found really interesting. They come from pulling together the results of an enormous number of ‘360o ‘ appraisals. These are where you as the appraised person get the views of all those you work with – above, alongside and below.  So as well as your boss, you get the views of your colleagues who operate at the same level – and those who work to you.

BI pulled together results of 360o appraisals of 16000 ‘leaders’, about one third of whom were women and two thirds men.  The average number of judgments which went into each appraisal was 13, which makes a big dataset.  There were three very PP-relevant findings.

The first is that women were generally ahead in the ratings. They were seen as better than men under 8 of the headings, whereas men were ahead on two – Technical/professional expertise, and Develops Strategic Perspective. Btw, we aren’t told the gender breakdown of those doing the ratings, but let’s assume that there’s no significant intrinsic bias from that. 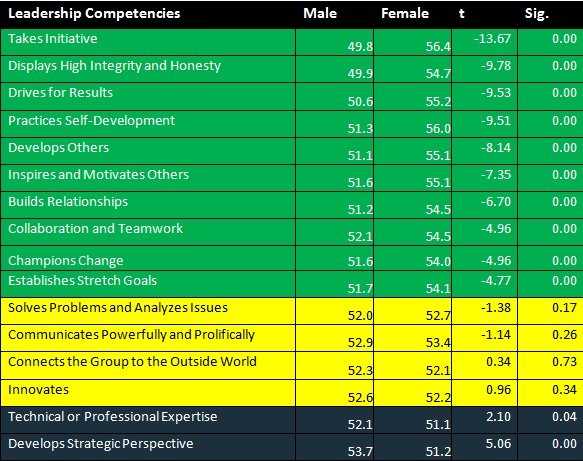 The second is the way the gap between men and women shows up over the life course.  The chart below shows this pretty clearly. 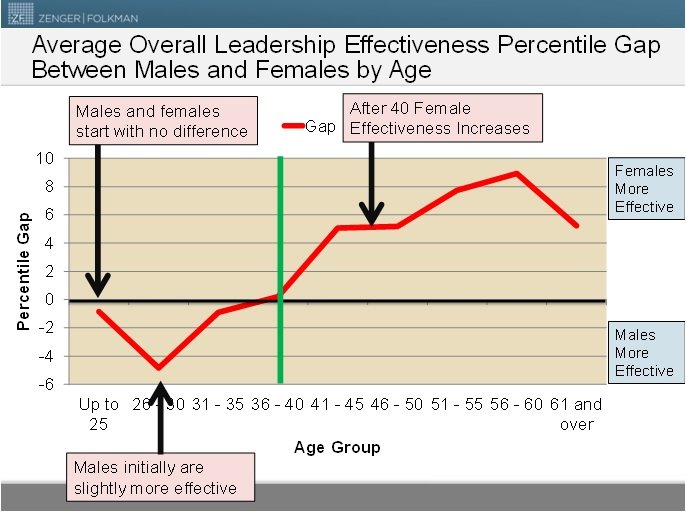 In short, it’s in the scone half of the career path that women appear to pull ahead – those that are there in leadership positions.

The third PP-relevant finding is that women continue to go for self- development. This competency measures the extent to which people ask for feedback and make changes based on that feedback.

You can see that the gender divergence happens around 40.  Women are more likely to  go on seeking ways of developing their competences, whereas men seem to tend to believe they have things covered. This fits pretty snugly with evidence on participation in training, and adult education generally.

I’m not saying that most men fall into some kind of slothful middle-aged complacency while all women remain razor-keen on self-improvement. But these are quite strong indicators.