The Paula Principle is

Most women work below their level of competence

How and why does this happen?   I’ve written about this, as a man, because it seems to me important as a matter of fairness;  and because it matters to all of us, men as well as women, that everyone gets the opportunity to put their competences to use.    The Blogs tab has my occasional further thoughts. Read on for a bit of the background….

Or listen to it first, at TedX , or on the Daily Telegraph site!

See interviews on the Paula Principle with The Extraordinary Business Book Club, Courage and Spice, and MomandPro (from Colombia); an EBB review;  and a recent piece in The Independent.      And here’s a nice piece from ShareAction, on how the Paula Principle links to AGM activism on gender and pay. 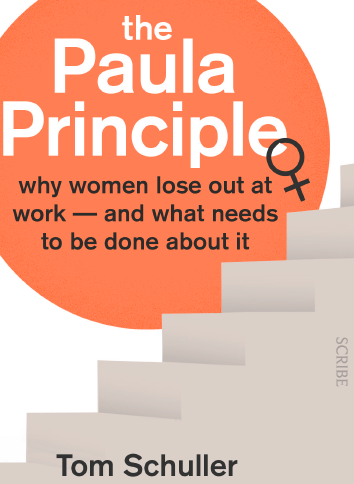 Once in work, women are keener to add to their competences.  They are more likely to engage in vocational training, and they participate more in general adult learning. The picture is remarkably consistent. So on top of the initial greater success at school, women are adding additional skills at a faster rate than men.

But the pay-off doesn’t seem to be there So women’s ‘human capital’ is now significantly greater than men’s, and the underlying trend is still for the competence gap to increase. But the effects have been remarkably slow to show themselves. Career paths remain flatter for women.  We know that there are few women at top levels, but this means also that women do not get promoted at lower levels also. The pay gap remains obstinately high, at around 20%.  The Chartered Management Institute’s recent survey noted some convergence in executive pay rates; but also observed that at this rate it would take another 98 years for the pay gap to disappear!  It is much higher, around 40% for those who work part-time .

How to explain? The Paula Principle is a way of getting a handle on the issue. I gave it the name because it mirrors the Peter Principle, that people rise to their level of incompetence – in other words, you go on being promoted until you’re doing the job poorly enough not to be promoted any further. But when Professor Peter produced his principle (in the 1960s) he meant men – in those days women were just not seen as much concerned in promotions and careers. The Paula Principle is the mirror image of the Peter one:  that working women tend to stick at a level below that of their full competence or qualification.

The Paula Principle does not apply only to top jobs or professional careers, but to jobs at every level. It is neither inevitable nor desirable. It is a ‘principle’ only in the sense of explaining an important social phenomenon.

The PP factors: an invitation to debate

There are five factors which might explain the PP.

First, there is straight discrimination, where women are denied jobs or pay because of their sex.

Secondly, there are structural reasons, most notably the absence or sheer expense of childcare – much in the news recently because of the rise in such costs.

Third is psychology: women often lack the self-confidence to put themselves forward for a job, even when they are very well qualified for it. Men, by contrast, are readier to apply even when they lack the official requirements.

Fourthly, women lack the vertical network connections ; they know fewer people in higher level jobs who can help them with mentoring and information.

The fifth PP factor is very different. Women may make the positive choice not to rise as high as they might . They may opt for a better quality of life, including working life, by not subjecting themselves to the strains and stresses of working at full or even overextended capacity. They may prefer to look for jobs in sectors that provide the satisfaction of working with people. They may prefer a lateral to a vertical career. Yet how far it is a ‘choice’ in the sense of an entirely cool and objective decision is genuinely open for debate.

Overall , though, women’s superior educational achievements mean that we cannot afford to ignore the dissipation of talent at every level implied by the Paula principle. Changing this will not be robbing Peter to pay Paula, but a step towards both greater equity and more efficiency.

I’d be delighted to hear which of the PP factors you think are most important. Please use our poll – you can have as many votes as you wish. 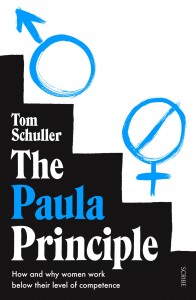 The Paula Principle is available to buy from all good bookshops.