I’ve just finished Robert Sapolsky’s Behave: the biology of humans at our best and worst.  It’s a massive book, covering the development of our brains and our behaviour from the moment of conception, set firmly in the context of long-run evolutionary trends.  The early parts were tough going for a scientific illiterate, notwithstanding Sapolsky’s breezy humour,  but if you persevere there are huge numbers of plums in this rich pudding. 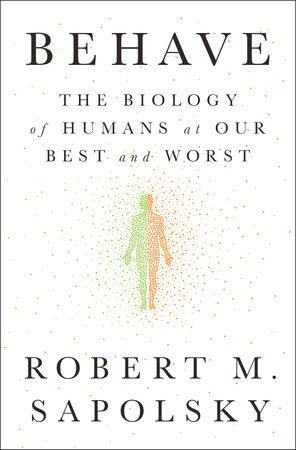 Sapolsky’s overall message is (and I quote), “It’s complicated.”   Life, development and behaviour are all a matter of a vast number of interactions that take place in a wide variety of contexts.  We may have learnt a lot, but at each step we see how much more there is still to learn.  Just as well that he confirms the plasticity of our brains, with the  creation of neurons on a continuing basis.

One argument is around the merits, and demerits, of group selection.  Traits can be maladaptive for the individual but adaptive for the group, and I assume vice-versa.  Sapolsky’s example is a great one for the Paula Principle, and especially for the notion of collective competence/intelligence which interests me increasingly.  It has to do with chickens, egg-laying and pecking.

As a poultry farmer you want your groups of chickens to lay as many eggs as possible. Take the most prolific egg-layer in each group, forming them into a group of superstar chickens who, presumably, will be hugely productive,  Instead, egg production is minuscule.

Why was each superstar the egg queen in her original group  Because she would aggressively peck subordinates enough to stress them into reduced fertility.  Put all those mean ones together, and a group of subordinate chickens withal outproduce them.

So what might be adaptive on an individual level emerges as maladaptive when shared by a group, and when there is competition between groups.

Ok, these are all hens, so there’s not much of a gender angle.  But I can’t resist the parallel with male aggression, which allows them to become cock of the walk in their particular patch at work – but which doesn’t necessarily make for the most productive behaviour when it comes to the group as a whole.

Turning it on its head, when people get on with their work, and with each other, without focussing furiously on somehow besting their colleagues, it may be that the overall results will be better.  Of course you can’t push this too far – egg-laying is not quite the same as currency trading – but I think there are lessons to be learned about how we get the most out of the group’s competences.

Geoff Mulgan’s Big Mind: how collective intelligence can change our world is much smaller but equally impressive in scope.  As you would expect from this author, it’s wide-ranging and challenging as he confronts the question of how we can get our systems to behave more cleverly.  Can we combine single-, double- and triple-loop learning, so that we can use existing models to handle data; introduce new categories and concepts;  but then also create new ways of thinking.

Geoff has always been a visionary of rational, but diverse, modes of analysis and thought. But I think he leaves a very fruitful line unexplored. .  He quotes the Thomas Malone study on which I blogged recently, which strongly suggests that women-heavy groups are more likely to display high levels of collective intelligence.  And in his final chapter talks about sharing, listening and taking turns as essential features of collective intelligence, as well as the need to cope with opposites and ambiguity; these are – generalisation alert – typically female competences/attributes.  But the gender dimension of CI is not discussed.  I’d love to see more evidence, and even just pooling of ideas, on this.