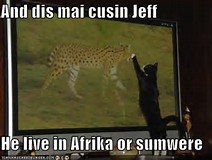 My Scottish grandmother had 8 grandchildren.  As kids we assembled annually in Auchenblae and enjoyed swimming in the North Sea south of Aberdeen.  I say ‘enjoyed’ , and I think we genuinely did, though a trip there last summer and a dipping of toe into  water makes me wonder how.

Growing up we went our own ways, but Grannie’s funeral – decades ago now – brought us together again as adults.  Ever since we’ve met from time to time, and last Sunday some of us had lunch together.  It was just after the PP’s publication, and so there was a bit of backchat on the book.  Without breaching family confidentiality I thought at least two of the contributions worth reporting.

One cousin – let’s call him Eric –  chairs the board of a major company which operates globally, providing logistical services of various kinds.  Just under half of the board members are women –  4 out of 9, or it may be 3 out of 7.  Eric told me that the women are the ones that make the board work as a team; they look for ways in which the collective competences of the group can be maximised.  And although he has many years of chairing boards the women enable him to read the behaviour of the other directors better, and to manage their egos.  Was he being politically correct?  I think it’s fair to say that that being pc is not something that has motivated Eric that strongly – so the testimony is all the stronger.    Or stereotyping?  Maybe, but I think he is just telling it like it is.

Eric does his bit to make sure it works.  He does 1-to-1s with the women before their first couple of board meetings (he may do this with all board members – I’m not sure), and makes sure he understands which items they are likely to contribute on.  For him getting to this composition of the board has been an unambiguous success.  But the first intake of women are coming to the end of their terms; Eric is retiring soon, and he thinks he needs to make sure that there will be successors – it’s apparently not a given.

On my other side was cousin Ian, managing partner in a firm of solicitors.  He told me how they have introduced flexible working schedules, including working at home. This was, he wanted to stress, for purely commercial reasons:  they saw very clearly that they needed to do this kind of thing in order to retain talented people.  If not, the firm might be successful in recruiting the best an the brightest, but they wouldn’t stay.  So they’ve reorganised their schedules and their approach to work organisation, without any real problems. Stopping out and returning is encouraged.  For Ian, it is a no-brainer.

So there are two unsolicited comments, both from men from the commercially shrewd background of North-East Scotland.  It makes you wonder how long it will take for this reasoning to become commonplace.  I sometimes also wonder what our grannie would have said.