One of the odd things about writing the Paula Principle was how hard it was to find contemporary novels which made women and work anything like their central theme.  My better read friends put their heads together, but most of their examples of fiction that covered this were of books from earlier times.  So I was able to include Middlemarch from the C19 and Dorothy Whipple’s High Wages from the 1930s, but later examples didn’t come easily.

One of my holiday books was Joanna Trollope’s City of Friends.   I can’t remember whether it was a friend or a reviewer who recommended it, but I had it down on my to-read list and spotted it in a sale.   It’s a neatly plotted story of four occupationally successful women:a headhunter, a business school academic and two financiers (though the book opens with one of them losing her job). Their personal lives are various: one is gay, one a single parent and two are married, with somewhat different family structures and dynamics.

The women’s attitudes to work are quite similar. The investment banker, named Gaby, is very explicitly devoted to work as the primary thing in her life – though she seems also to be able to combine this with a pretty high level of commitment to and understanding of her children.  The others are all almost as ambitious, in their own ways. 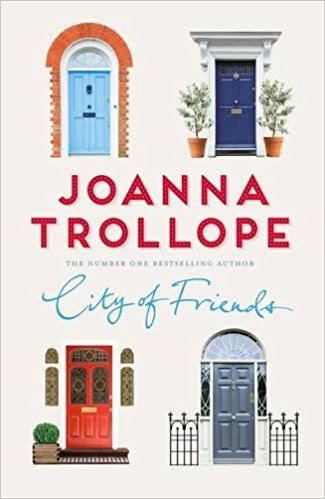 It’s interesting to match the stories against the 5 Paula Principle factors.  None of the women have experienced overt, or indeed covert, discrimination (PP factor1), though they have had to use some sharp elbows.  Caring responsibilities (PP2) figure prominently. Childcare is an issue for two of them, though both Gaby and the headhunter (Melissa) earn easily enough to pay for extensive.  But eldercare difficulties loom larger, as Stacey copes with an increasingly demented mother whom she has taken in to their house.  This threatens her marriage as well as her career.   Pushed by her husband Steve (who is normally a placid character) Stacey solves the problem in a fairly conventional but satisfactory way, with an expensive but good residential home.  Would the dynamic have been different if it had been Steve’s mother?

Trollope’s treatment of self-confidence (PP factor 3) is interesting.  None of the women seem to suffer from a lack of confidence in their competences in the workplace;  but they do have wobbles about their family lives and how they are managing them.  Beth, the high-flying business school academic, is totally surprised by the sudden failure of her relationship.  In a way the whole book is about the mutual support offered by the friends to each other, which involves some admissions of inability to cope.  The women’s own network is a strong one, and since they all have recognisably successful careers (with hiccups), they do not lack the vertical networks which make up PP4.

Then we come to positive choice (PP5).  Stacey is shocked to be fired, and really struggles for quite a while to hold things together.  She eventually sets up a charity;  when she receives a call from her old workplace offering her her position back on enhanced terms, she turns it down.  The others are all stuck into their work – by which I don’t mean ‘stuck’, just that they are committed to their jobs, without seeming to want to go even further.  Beth does move up to an internationally prestigious job, but it’s presented as being as much a way of coming to terms with the break-up of her relationship as actual ambition.

Towards the end of the book, Gaby has to recruit a new person to her team.  (A recurrent theme in the book is how friends or relatives are recruited to various positions, sometimes with strong side-effects; Melissa’s professionalism as a headhunter doesn’t always work.)  Here she is pondering her choices:

There were four women and two men on Gaby’s shortlist. She had mentally singled out the two most likely candidates already, and they were both women.  She had nothing particular against the men, both of whom would be perfectly competent, but she wanted something that in her experience women could better apply: a rigorous attention to detail and a dedication to the work itself, rather than to the status that it might imply.

Sounds true to me, but  I wonder whether Melissa the headhunter would have agreed.

City of Friends could be read alongside Mary McCarthy’s pioneering The Group, published in 1963.  Both books describe strong networks amongst educated women;  but the contrast is that The Group‘s set of Vassar graduates get almost nowhere in the world of work.