Needed: a new vocabulary of time

Needed: a new vocabulary of time

I’ve just read Guy Standing’s The Precariat, which came out a couple of years ago.  Standing, a former ILO official, documents the global growth in the numbers  of people working in insecure conditions, with few or no contractual rights.    He builds a very powerful argument, though to my mind he throws slightly too many babies into the bathwater, and it becomes difficult to see where the boundaries are that divide the precariat from the rest.  Women, of course, form the bulk of those who work in these conditions, especially in poorer countries but also in wealthier ones.  They have always been part of what used to be called the peripheral labour force, a forerunner of the precariat. 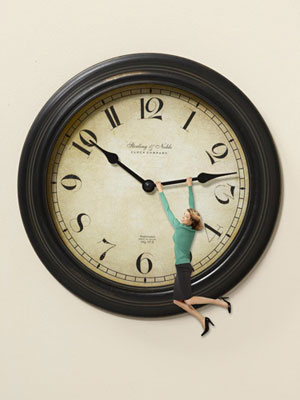 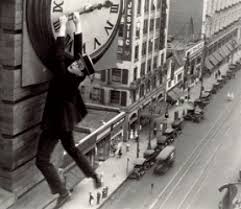 Standing has an interesting chapter on what he calls the time squeeze.  In it he calls for a new approach to how we think about working time, getting us beyond conventional ideas of blocs of time: in the day, a big bloc was spent continually at the workplace, and in life a single big bloc was spent in work between the much shorter ones of education and retirement.  The blocky structures don’t any longer reflect reality , and never did for women.  Harold Lloyd’s famous clock scene conveys a definitely  precarious  relationship between man and  the symbol of industrial time, with a contemporary mirror image from Good Housekeeping, accompanying a piece on time management…

Link this to points I’ve made in previous blogs about the inadequacy of ‘part-time’, as a category in its current form, and to the growing arguments about self-employment and zero-hours contracts.  We have 8 million part-timers, over 4 million self-employed and indeterminate numbers on zero-hours.  Aggregate these, and they are no longer a peripheral group.   We also have more and more people working beyond retirement age, usually part-time.  Standing cites evidence from the US on increasing numbers who don’t see themselves as ever retiring.  So the old ways of dividing up time, and looking at these divisions, look increasingly threadbare.

This all suggests we might be at a point where a new vocabulary starts to emerge;  and along with it new categories both for the practical task of gathering statistics and for how we analyse whatever is going on out there.  Standing comes up with ‘tertiary time’ as a new term , more suitable for a society which has gone beyond the agrarian and the industrial.    I’m not sure ‘tertiary’ really works, but it’s worth thinking about.