I was chatting recently to a friend who lives in France.  We were musing sadly over the state of a country which we both love – she as a long-term resident, me as a sometime resident and frequent visitor.  The French economy is in poor shape, they have major social fractures, French culture seems to have lost its cutting edge;  and the political situation is dire, from almost every angle.

There was an interesting recent piece by a political journalist (I’m afraid I can’t remember who it was) which argued that the French presidency was designed by de Gaulle for himself; more or less worked for him for most of his incumbency;  but since then has been in steady and inexorable decline.  De Gaulle set it up to combine a degree of democratic legitimacy with an embodiment of the French state – himself.  The President has enormous executive powers  He (they have all been men) can and does dismiss Prime Ministers, and at the same time represents the state, externally and internally.

It requires very considerable stature to make this kind of constitutional set-up work.  But stature is precisely what has been in shorter and shorter supply – and I’m not referring to the difference in height between De Gaulle, Nicolas Sarkozy and François Hollande.  Sarko’s offensive blingery (to say nothing of his possible corruption, currently under investigation) and Hollande’s lack of leadership and personal authority have overseen a steady slide in the standing of the presidency and in the efficacy of the French system.  It’s no surprise that they are morose.  The only winners have been the Front National.

So these men have not been up to the job.  In a sense they have all been instances of the Peter Principle, rising at least one level too high. That may be unfair in this case, if the job is simply not doable, as the pundit argued.  Maybe anyway it’s the case that “all political lives, unless they are cut off in midstream at a happy juncture, end in failure”, as Enoch Powell famously remarked.  But I have been thinking anyway of a significant contrast between two prominent politicians of the last Labour government.

Gordon Brown was a man of extraordinary ability and a commanding figure as Chancellor of the Exchequer, was a sad failure in the prime ministerial position for which he’d waited so long.  He could not make the necessary decisions, including, fatally, on the timing of the general election which he eventually lost.  The qualities which marked him as a highly competent Chancellor (though not without flaws – no space for that here) were not the ones which could sustain him in the top job.

In the same administration, Estelle Morris resigned as Secretary of State for Education.   She had been a teacher herself, and arguably understood education from the inside better than very many of those who have held that office.  But she acknowledged that she felt the job of being in charge of the country’s education system was just too big for her.  For this she received some very unworthy flak for having betrayed the cause of women.  But how courageous a decision that was, and in the long term – I think –  how empowering, for men as well as women.

I have to add one other example, which goes against my case:  Alan Johnson, who refused to run for leadership of the Labour Party on the grounds that he did not think he was suited to the job.  Anyone who has read his wonderful memoir, This Boy,  will know just how remarkable his journey to the top has been, and I am a wholehearted admirer of his political intelligence and personal humanity.   We’ll never know if it was the right decision, but it was a fine one to make.

Having started off this post being gloomy about France, I’ll finish on a cheerier note.  I’ve asked Clo’e Floirat to do the illustrations for the Paula book.  Below is an example of her  fine work, which I hope you’ll enjoy. 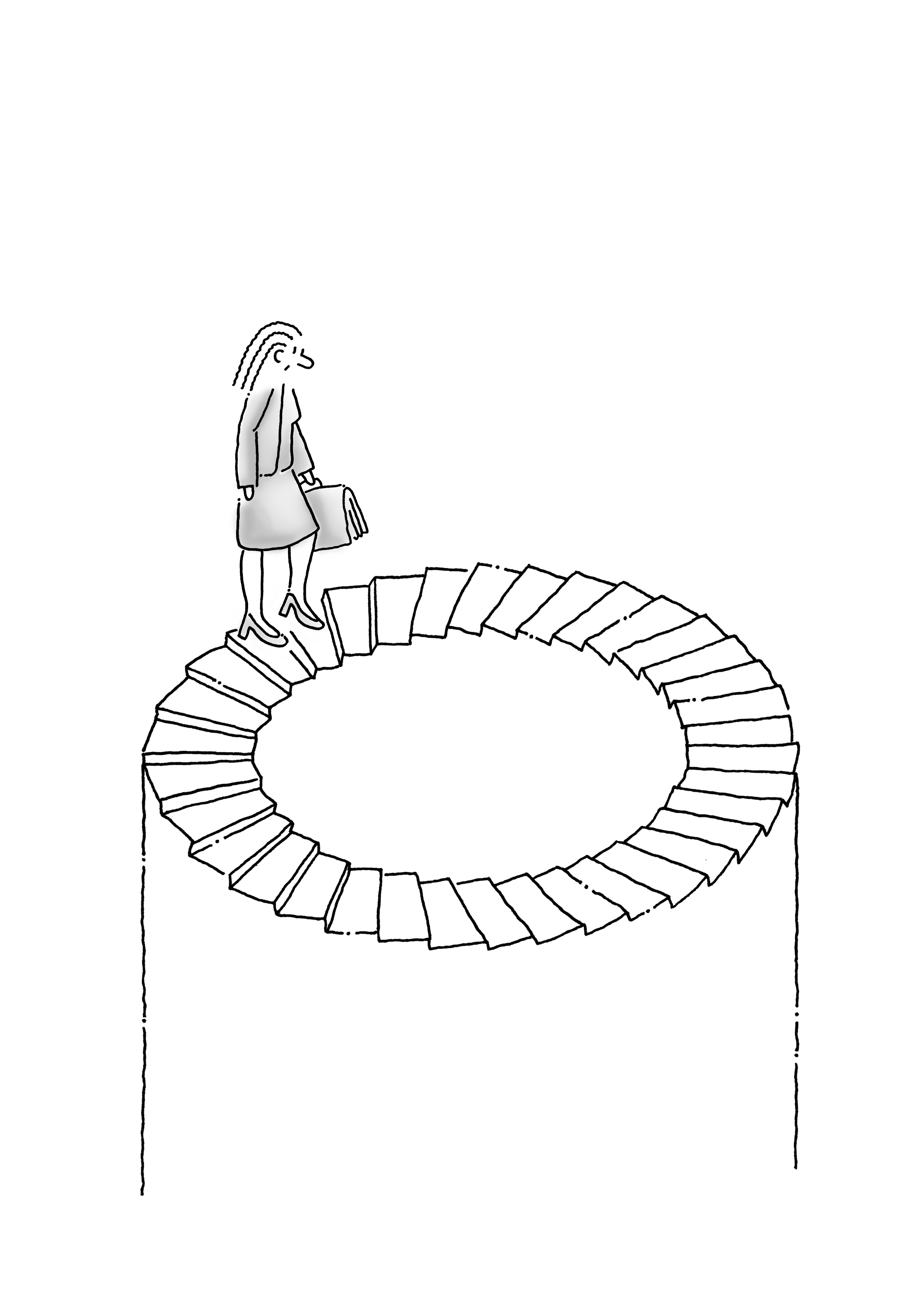