The Long and Winding Road

The Long and Winding Road

One of my Xmas reading pleasures was the third volume of Alan Johnson’s autobiography.   Whilst it doesn’t have the gripping detail of his account of his childhood in North Kensington, 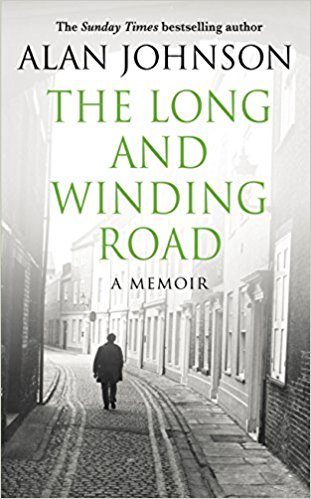 it’s an attractive blend of personal and political narrative, recounted (as far as I can tell) with honesty and a good eye for character.

One of his characters is Jeannie Drake, described by Johnson as “the finest trade-union official I’ve ever worked with.”  He goes on:

“She had the special gift of being able to harness her formidable intellect to an admirable eloquence and capacity for empathy….I once asked Jeannie why she’d so often been second in command but never a leader.  She told me how inhibited she always felt as a woman in a profession of strong egos and a cult of machismo {Johnson is telling us about his path to General Secretary of the Communication Workers Union}.  The deputy position simply felt more comfortable. …So although she was the most talented trade-union officer I’ve ever met – not just the most talented woman office – hardly anyone in the union world, let alone the wider one, will have heard her.  Which I suspect suits Jeannie down to the ground.”

As he predicts, I hadn’t heard of Jeannie Drake, but I googled her and found she is now Baroness Drake, so she has found some recognition.  I would guess she’s one of the more useful peers, with the kind of experience we would like to see in a second chamber.   So that’s a satisfactory enough outcome.  The Paula-relevant questions are: how much further organisations, including trade unions, have to travel in order to make effective use of talents such as Jeannie Drake’s; but also, and more trickily, how far  we simply accept that some women – and some men, but especially women – just  prefer to operate under the radar?

Johnson has another interesting Paula-relevant observation, this time in relation to Dawn Primarolo.  She was Paymaster-General (the first woman to hold the post) when he gets his first parliamentary promotion.

“The first thing that registered was that she was totally devoid of self-importance.  Indeed, as I got to know her better, I recognised a trait I later observed in other highly talented female politicians that is best described as self-unimportance.”

I don’t think Johnson’s playing to any gallery here.  These are important observations;  and I very much like the notion of self-unimportance.