The Select Committee on Women and Equalities has just published a hard-hitting and very well argued report on the Gender Pay Gap. 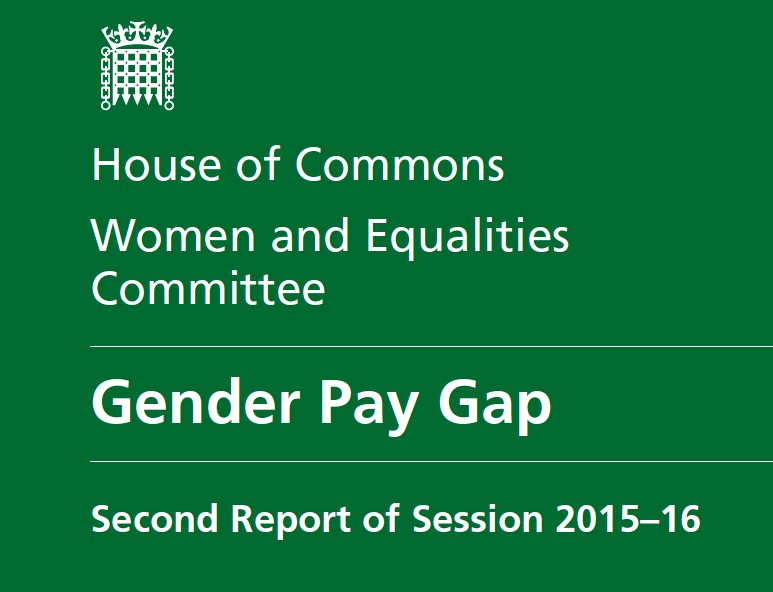 A particular virtue is that it gives due attention to age, showing how the gender pay gap (GPG) increases over the life course.  This leads it to a number of really interesting reflections and recommendations on how to improve the position of older women.  The opening para gives a good flavour of the report’s forthright style:

“The UK’s gender pay gap of 19.2% represents a significant loss to productivity. Women are better educated and better qualified than ever before, yet their skills are not being fully utilised. Women over 40 are most affected. For those aged between 50 and 59 the gender pay gap currently stands at 27.3%. Yet the Government does not have a coherent strategy to address the issues underlying this gap and ensure younger women do not encounter the same difficulties as they age.”

It makes a strong case all round, on equity grounds but also economic ones:

“The under-utilisation of women’s skills costs the UK economy between 1.3 and 2% of GDP every year. Other estimates of the potential benefit of fully tapping into female talent in the economy are that raising the level of women’s employment to the same as men’s could lift GDP by 10% by 2030, while eradicating the full-time gender pay gap would contribute additional spending into the economy of £41 billion each year.”

There is a wealth of detail in the report, but two particular aspects stand out for me.  First, the report gets down to the nitty-gritty of how to encourage flexible working, which it sees as key to the better utilisation of women’s competences.  It recognises the merits of the right to request flexible working.  But it goes well beyond this, to arguing that the default position is for jobs to be advertised on a flexible-working basis, unless there is good business reason for not so doing.  It pulls no punches:

“The lack of leadership shown by Ministers in addressing the question of flexible hiring is deeply disappointing. The benefits of flexibility are fully accepted by Government, yet policies encouraging employers to create more opportunities for flexible working are not forthcoming. By refusing to act, the Government is complicit in a system that is undermining productivity and perpetuating the gender pay gap. ”   (The bold is in the original, as a strong recommendation.)

The only quibble I’d have on its treatment of flexible working is that it does not question the simplistic binary division into full-time and part-time work.  We need to get beyond that, so that not all ‘part-time’ is lumped together.

The second area is apprenticeships versus other forms of training.   A separate UKCES report on the Opportunities and Outcomes in Education and Work shows that women are ahead of men even in this field of learning, though the areas of apprenticeships are of course heavily gendered, with men dominating the better paid ones.  It’s undoubtedly an important field.  But the government is obsessed with ‘apprenticeships’;  no one thinks its target of 3 million of these by 2020 will be achieved, nor will they even get anywhere near it except by some very vigorous relabelling of existing training.  The Select Committee report wryly notes that the Minister for Skills, Nick Boles, ” placed significant emphasis on the role of apprenticeships in tackling the gender pay gap and helping older women return to work. He referred to “apprenticeships” 30 times during the course of giving oral evidence to us. ”

The Select Committee, by contrast, puts a lot of weight behind what sounds like an excellent proposal:

“Our key recommendation is that: The first task of the Government’s new ministerial group on the gender pay gap should be to create a National Pathways into Work scheme for harnessing the skills and experience of women over 40.”

All power to this particular elbow.