We’re working our way through a box set of Bergman films, and came last night to Autumn Sonata. It stars Liv Ullman and Ingrid Bergman, as mother and daughter.

There’s a lot of quite heavy duty digging-down as LU reproaches her mother, a high-flying classical pianist, for neglecting her and, especially, her handicapped sister. In this film at least, Bergman doesn’t leave much to the imagination as far as psychological exploration is concerned. At the time, this very explicit examining of parent-child relationships must have been revelatory. It still packs a punch, due especially to Ullman’s extraordinarily expressive performance.

There’s a scene in which LU, or rather her 6-year old self, waits outside her mother’s studio for her to finish a practice session. She slips in quietly, to find her sitting in a chair relaxing. The mother immediately says to her, ‘Don’t disturb Mamma now, she’s working.’

The girl has waited eagerly but patiently for a pause in the practice, and hasn’t interrupted her. So it’s tough on her to be sent away, even though it is done quite gently.

I found this scene particularly striking. If IB had been the father instead, I think we would have seen it as unremarkable, a man preoccupied with his work and gently but firmly excluding the child. Here, given what we know about the pianist’s absence as a mother, physical and emotional, it becomes a painful, even heartless, rejection. It’s true that the IB character is a self-obssessed, egotistical drama queen who probably deserves the earful she eventually gets from her daughter, but her behaviour still attracts a kind of double criticism.

A more cheerful image just to counterbalance: at the Paul Smith exhibition in the Design Museum I came across this delightful picture of girl-hard-at-work. 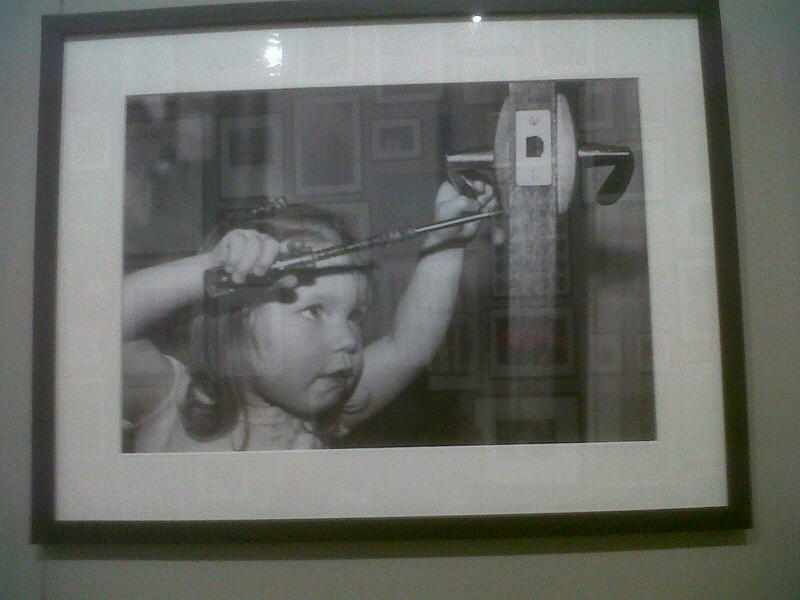