A WEF graph sums up the PP

A WEF graph sums up the PP

In a previous post I drew on the World Economic Forum’s Global Gender Report.  The Report seems only now to have been released, and has hit the headlines.   There’s a lot in it, but the graph below sums up, to a large extent, what the Paula Principle is all about.  It shows how, across 144 countries, women have caught up with men on education (and, in many countries, surpassed them, though the GGR methodology doesn’t allow them to show this) but on the economic front the picture is very different. In fact, as the analysis (but not the graph) shows, on the economic dimension the overall picture is not only one far from equality, but of progress actually being reversed. 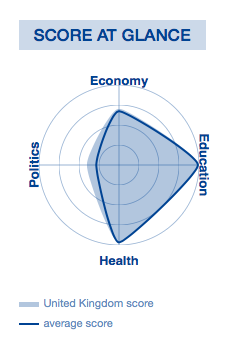